Arizona gets 5.9% of its total energy from hydroelectric generation, but some IEDA customers receive up to 50% of their energy from federal hydro dams.  Energy usage in the West for moving or power generation can approach 40%, depending on the state.

Whether you are using water to generate power, or using power to move or lift water, the link between water and is well known by IEDA members.  For example, Central Arizona Project is one of the largest power consumers in the state, moving water from the Colorado River 336 all the way to Southern Arizona.

Whether it is across the desert or through downtown, Irrigation and Electrical Districts are supporting both agricultural and economic development throughout Arizona by providing cost based electricity within their districts. 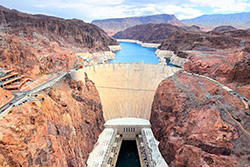 In 1944, the State of Arizona formed the Arizona Power Authority (APA) to receive and allocate its share of the power from Hoover Dam. In 2015, the APA signed a 50-Year contract with Western Area Power Administration, starting in 2017. Today, the APA allocates 409 MW of power from Hoover to districts, cities, towns, tribes and cooperatives.

IEDA was involved in the 2017 contract, participates in the monthly meetings at the APA, weighs in on budget issues, monitors the Engineering and Operation Committee and the Technical Review Committees and monitors legislation that may impact BCP. IEDA engages the Bureau of Reclamation and Western Area Power Administration, advocating for appropriations, operations, and budget control.

IEDA represents a total of 85% of the BCP capacity allocated in Arizona. 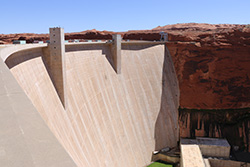 The CRSP Act of 1956 authorized a collection of dams along the Colorado River and its tributaries, as well as creating the Basin Fund, which funds various environmental compliance activities and is funded through hydropower revenues. Glen Canyon Dam is by far the largest generator of the CRSP, and it sits entirely within Arizona, near the City of Page. It is an important resource to the CRSP customers in Arizona.

The Colorado River Energy Distributors Association (CREDA) is a non-profit organization representing consumer-owned electric systems that purchase federal hydropower and resources from CRSP. CREDA was established in 1978, and serves as the “voice” for its members in dealing with the Bureau of Reclamation and Western Area Power Administration. 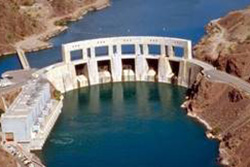 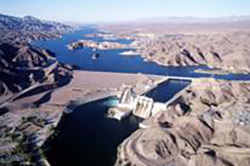 IEDA members receive an allocation from the Parker-Davis Project.