The Irrigation & Electrical Districts Association of Arizona, Inc. (IEDA), which has served its members since 1962, is a powerful voice in addressing the water and power issues that confront IEDA Members. IEDA is a statewide association of public bodies that are involved in the delivery of water and electricity to agricultural, municipal and industrial customers throughout Arizona.

IEDA primarily represents the interests of its members in the areas of electrical power contracts and rates for federal hydropower from Hoover, Parker-Davis and the Colorado River Storage Projects, issues related to Colorado River water, irrigation, environmental, and federal and state legislation.

Power contracting, power rates, and related regulations are IEDA’s primary concern at the Federal and State levels. Over the years, the Association has aided its members on issues involving the Colorado River Storage Project, the Parker-Davis Project, the Boulder Canyon Project and other power resources. The Association also deals with water availability and delivery and water quality issues. 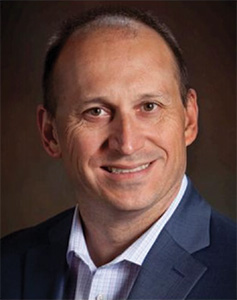 Ed Gerak has nearly 15 years of experience in water and power issues. Ed spent 10 years as the General Manager of the Buckeye Water Conservation and Drainage District (BWCDD), an IEDA member.

In 2009, Ed began representing IEDA on the Colorado River Energy Distributors Association board, becoming president in 2015. In 2017, Ed joined the Arizona Power Authority as Executive Director, managing the Hoover Dam power allocation for the state. Ed sits on the American Public Power Board, representing Region 6.

Ed received his Bachelor of Science in Civil Engineering from the University of Michigan and a Master of Business Administration from Arizona State University. Ed is a registered Professional Engineer in the State of Arizona.

SEND US A MESSAGE